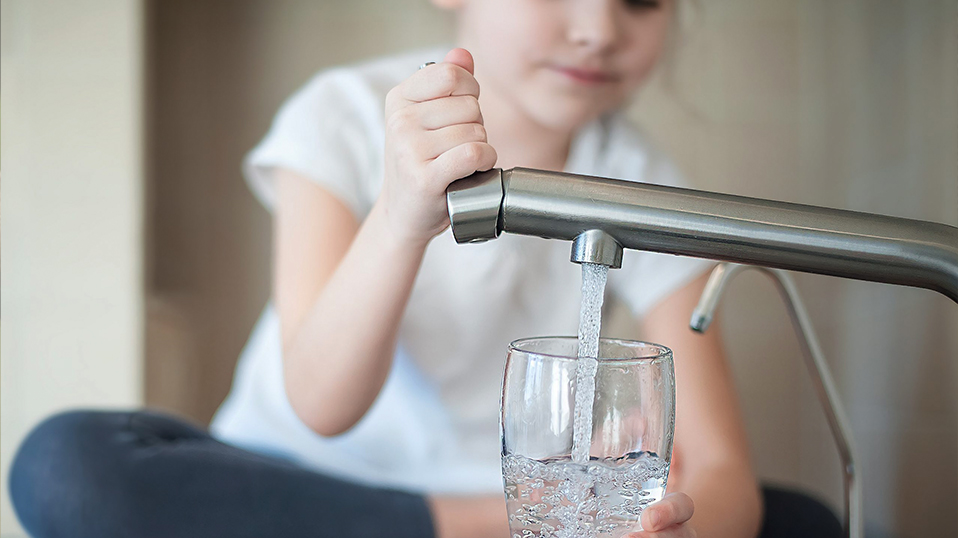 Over 18 water industry groups including the National Association of Clean Water Agencies, American Water Works Association and the Association of State Drinking Water Agencies gathered together virtually to speak with leaders in Washington about the value of water and to advocate for critical investments, tools and standards to improve our nation’s infrastructure, water quality and access. 120Water staff attended the Policy Zoom-in on April 27th and heard from key EPA’s leaders on their priorities for the next 4 years. Here are the highlights.

As part of the American Jobs Plan, President Biden plans to invest $111 billion in improving America’s aging water infrastructure—of which $45 billion is allocated to to the EPA Drinking Water State Revolving Fund (DWSRF) and Water Infrastructure Improvements for the Nation (WIIN) grants, with the explicit aim of removing and replacing 100% of lead pipes across the nation. Communities that are exposed to lead in drinking water can suffer irreversible health consequences such as behavioral problems, learning disabilities, and nervous system damage, with impacts being especially severe for children. In his opening remarks, Administrator Reagan commended the ambitious lead pipe removal goal, and also encouraged that we must ensure these investments reach communities that need them most—Black, Latinx, Indigenous, and low-income communities disproportionately live with polluted water and exposure to lead service lines.

With environmental justice being a core priority of the Reagan’s EPA administration, the benefit of removing lead pipes throughout the country is two-fold:  not only is the health and safety of future generations protected, but lead pipe removal also works to close the water equity gap in prioritizing disadvantaged communities that are plagued by antiquated infrastructure and affected by lead in drinking water the most.

Per- and polyfluoroalkyl substances (PFAS) are a class of carcinogenic, man-made chemicals.  Additionally, PFAS is toxic at extremely low levels and PFAS or PFAS like substances are present in thousands of everyday items. As a result of these analytical challenges, communities struggle to test, identify, and quantify contaminated areas. Deborah Nagel, Director of the EPA’s Office of Science and Technology, detailed how science will assist PFAS monitoring efforts. Her office partnered with the Department of Defence to develop novel methods for detecting up to 40 specific PFAS analytes in non-potable aqueous media, like stormwater, wastewater, fish tissue, and sediment. Their initial analysis should be released this summer, with final testing methods available in 2022.

Standardizing and publishing accurate PFAS testing methods will empower states, communities, and utilities with the necessary data to safeguard human and environmental health.

Since its inception, the EPA has provided tens of billions of dollars through various established, successful programs (such as: Drinking Water State Revolving Funds, Clean Water State Revolving Funds, and Water Infrastructure Finance, among others) to support tens of thousands of water quality infrastructure and drinking water projects across the country. But projects alone are not his nor this Administration’s aim; Administrator Reagan realizes the power and influence these resources can have, and has emphasized the importance of these investments to:

It is refreshing to hear and see a broadened understanding of the EPA’s investments in these projects and the cascading societal, health, environmental, and economic impacts they have on individuals and in communities.

Leaders at the Environmental Protection Agency brought the energy and enthusiasm of the present moment into their opening remarks. Principal Deputy Assistant Administrator for the Office of Water, Radhika Fox introduced Michael Regan, the 16th Administrator of the EPA and first black man to lead the agency, with a powerful statement about his character and vision for the role water will play in EPA’s priorities.

It was incredibly refreshing to hear EPA leaders talking about climate change, evidence-based policy and reducing lead in drinking water this week. By the numbers, “lead” was mentioned over 50 times and “climate change” 16 times. Good ideas to combat both flowed throughout the session, from financing the replacement of all LSLs in the next 8 years to building upon nationwide water reuse programming. Here at 120Water, we are eager to see what EPA will accomplish in the coming years.