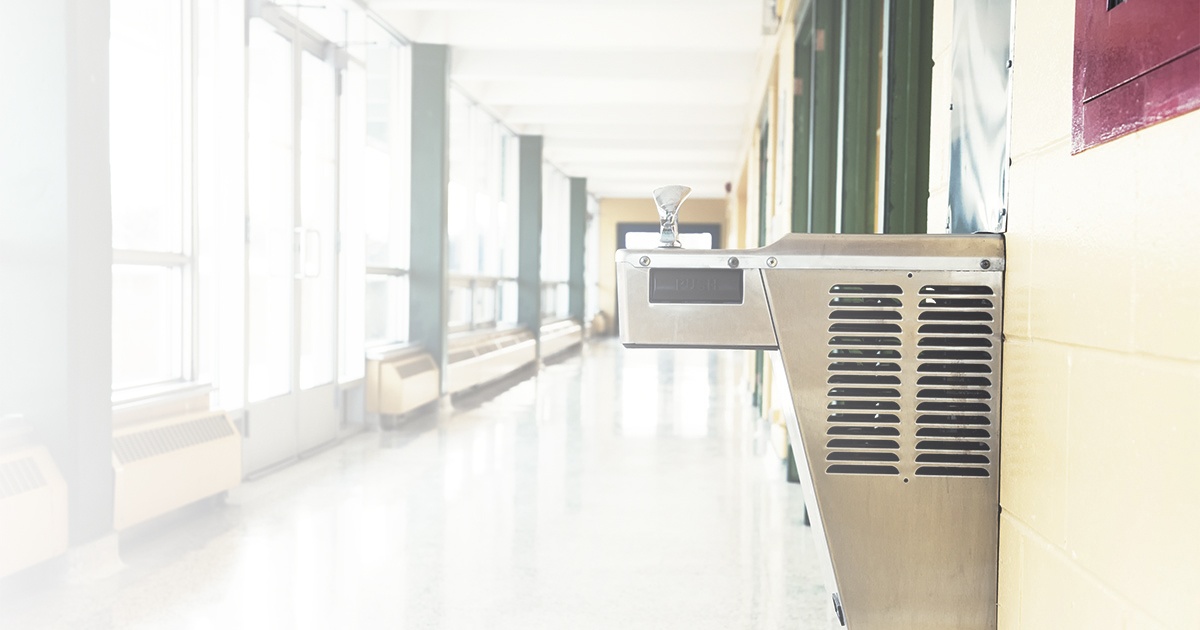 What Would it Cost to Test Schools & Daycares Across the U.S. for Lead?

We know protecting our kid’s health from potential lead exposure is worth the cost but it never hurts to have the experts say so. A cost benefit analysis published in 2009 found that every dollar invested in controlling lead hazards (including lead paint) could return between $17-$221 in health benefits, increased IQ, higher lifetime earnings, tax revenue, reduced spending on special education, and reduced criminal activity.

Currently, schools that are either providing their own drinking water (say on a well) or treating their own drinking water must test for lead and are regulated by the EPA. This small subset of schools, in essence, become tiny water utilities, leaving water testing for the vast majority of schools in the hands of proactive states drafting laws or offering voluntary programs with varying structures, requirements, and funding levels. The vibrant map below provides a sense of how this issue is playing out in the marketplace of ideas. While any effort to test school drinking water should be applauded, this state-by-state approach yields vastly different programs, participation rates, and, possibly, outcomes.

Last year, a GAO report of lead testing efforts found that 41% of school districts were not testing and 15% simply did not know if the district had tested. Just last week researchers from the Harvard School of Public Health suggested that differing action levels, data management strategies, public access to results, and remediation recommendations across the country point to the need for a health-based standardized approach to regulating lead in school drinking water.

As we talk about the need for a national solution to this problem, we also need to have an honest conversation about funding. What might it cost to test every school across the country for lead? In 2016, there were 98,456 public K-12 schools in operation across the U.S. (National Center for Education Statistics, 2017). Figure 2 depicts projected lab costs by state for one year of initial and follow up sampling based on typical remediation needs.

To arrive at a per-sample cost, lab fees for 19 companies were averaged and testing volume needs were based on data from existing state-wide school programs. Provided these assumptions hold true across the nation, it could cost over $150 million dollars to test public schools alone. This does not include the cost of remediation materials staff labor, or agency oversight and it does not include the cost of testing any daycares or private schools.

It’s clear more robust cost analyses are needed to investigate true financial needs for sampling and fixing lead problems in schools and childcare facilities. This year the EPA will make $20 million dollars available for testing schools and daycares through the Water Infrastructure Improvements for the Nation Act grant program. This is an exciting step in the right direction, but a significant funding gap remains for most states as this will not be enough to get baseline lead results across the country.

The Lead and Copper Rule requires water utilities to cover the cost of water testing. Water utilities can, in theory, adjust rates to raise capital for water quality or infrastructure initiatives, while school budgets lack this relative flexibility. Given the somber financial reality many districts find themselves in, it is simply irresponsible to push the entire cost burden onto U.S. schools. All schools should be tested for lead but any discussion of a long-term federal mandate must be accompanied by a discussion of the appropriate funding mechanisms for execution and agency oversight. In the absence of a national standard, research and collaboration is needed to produce the best possible outcomes.